Welcome to the commune of Axente Sever !

The Axente Sever village commune is located in central Romania, on the DN 14 national road which makes a direct link between the municipal cities of Sibiu and Mediaș (the two poles of socio-economic development in the district of Sibiu); it is situated 36 kilometers from Sibiu, 11 kilometers from Mediaș and one kilometer fromCopşa Mică (Copşa Minor). In Sibiu District, the village is easily accessible, so people can benefit by the road transport as well as the railway facilities, be ing directly linked to Sibiu International Airport.

Human living in this region is attested by numerous discoveries.

History itself and all the Romanians keep alive the image of this hero of the revolution in the year 1848 and remember him as one of the greatest figures of  an era when modern Romania was just being built.

The village of Frâua is part of the constellation of the old Transylvanian villages. It is difficult to make comparisons between villages or countries. The foreign travellers or scientists that study the planet and visit various places on Earth can compare regions, having clear criteria for comparison. In 1919 French scientist, geographer Emmanuel de Martonne, when asked which of the regions on the Earth he thinks to be more quiet, calmer, more beautiful and hospitable, spontaneously confessed he thought of three areas: the plain of Andalusia in May, the French Côte d’Azur and Romanian Transylvania!

Since November, 22-nd, 1933 the village commune Frîua appears in documents under the name of Axente Sever. The local tradition preserves many legends about the ancient name of the village – Frîua. It is said that, when the small village of Romanian Saxons was colonized, its name was „Muiereşti” (approx.”Womenborough”- n.tr.), but it was renamed, being called „Frauendorf”. The Hungarian version – Asszony falva „village  of the holy women” – is attributed to a legend according to which, on  that place of the fortified church there was a Romaniannuns’ monastery and the village itself was called „village of the nuns”. A truthful hypothesis could be inferred taking into account the starting point that there was an old church dedicated to „Saint Virgin „, and this one was demolished in order to make room for and be replaced by the present fortified church.

The village of Şoala is situated on the DC6 local road, 6 kilometers from the Agîrbiciu village, on a modernized road that winds through the hills of Transylvania, on the banks of the creek holding the same name.

The name of the Agîrbiciu village was appreciated and taken over by the father of the well-known writer Ion Agîrbiceanu, whose grandfather was Vasile (Basil) Boariu Agîrbiciu– a native of Agîrbiciu, who left the village, starting a new life in Cenade, as a woodman.

Axente Sever village invites tourists to discover the localities of the Axente Sever rural commune, a settlement of the clustered type, with wide streets and aligned houses (according to the Saxon model), access into the household being provided through high gates (mounted in thick walls).

The thematic route „In the Footsteps of Ioan Axente Sever” offers a different approach to visiting the villages of the community: the heritage can be approached through the two great historical figures of the village: revolutionist Ioan Axente Sever (1821-1906), and writer Ion Agârbiceanu (1882- 1963) – native in Agîrbiciu. 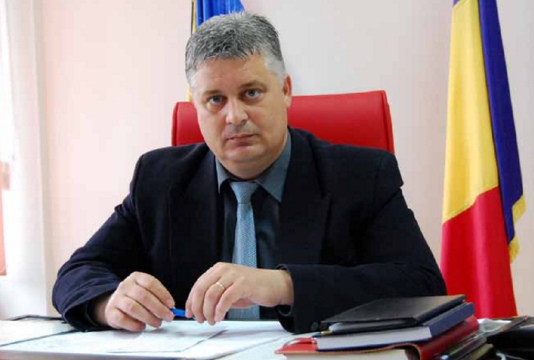 Wandering these places, you will discover the thrill of returning HOME!

This is just a default widget. It'll disappear as soon as you add your own widgets on the Widgets admin page.